When implementing HP IMC UAM, you may need to redirect users to the IMC webserver, for device registration & configuration, and obtaining user 802.1x certificates. One method of doing this is to put users into an initial “Registration” VLAN, and configure an HP Comware device to redirect all web traffic. Here’s how to do it using HP’s VSR Virtual Router.

Here’s the network we’re working with: 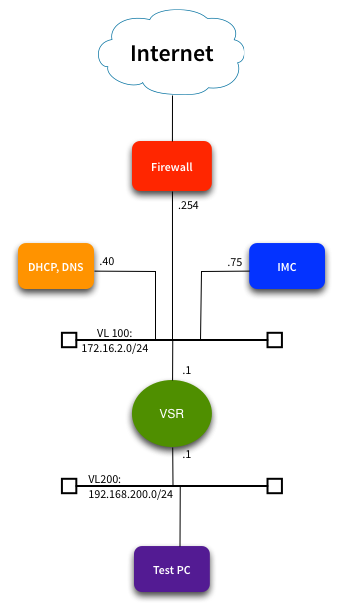 I won’t cover the generic router configuration here - I’ll just focus on the redirect functionality. There’s two parts to it: Define the traffic that should bypass redirection (in this case DNS), and then define the redirect destination. Then we apply the configuration to the interface facing VLAN 200. Simple as that!

And here we apply those rules to the interface:

Let’s jump onto our test PC. First we’ll check that we’ve been given a working IP, and that DNS is still working:

That part all looks pretty good. Now watch what happens we open Firefox, and go to duckduckgo.com: 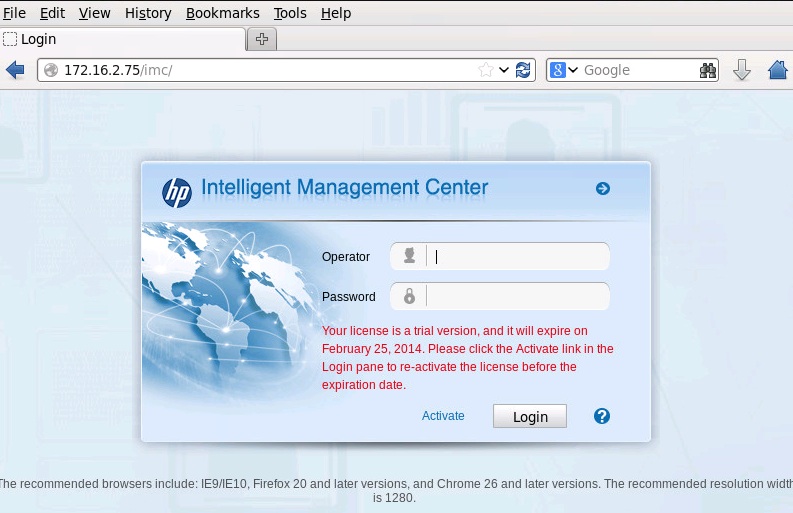 Note that this configuration as it stands is not fool-proof - HTTPS traffic will completely bypass it. Explore the other “portal” configuration options, and you’ll find ways of blocking this if needed.

The nice thing about this solution is that you can use a free instance of HP’s VSR - it’s bandwidth limited, but that really doesn’t matter when you’re just doing portal redirect. Normally you’ll authenticate your users, and then push them across to another VLAN that doesn’t use the VSR.